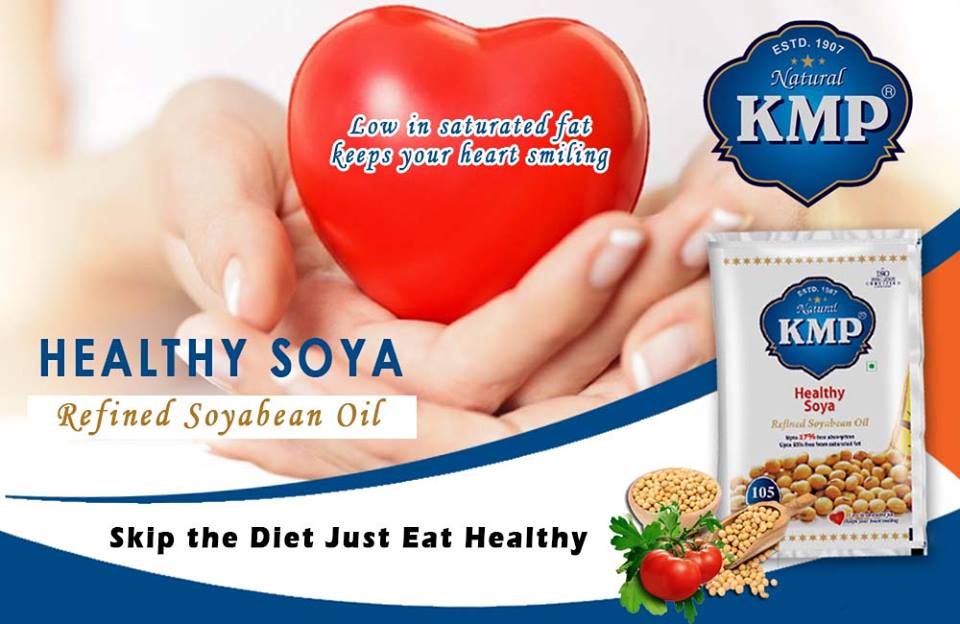 The reason for soyabean oil gaining so much popularity is because of its major contribution in a diet as well as the wonderful nutritional value that it has.

Being low in saturated fat and high in monounsaturated and polyunsaturated fat, soyabean oil has become one of the most popular choices for cooking in recent years.

Apart from being high in monounsaturated and polyunsaturated fatty acids, soyabean oil is also rich in other essential fatty acids like linoleic and linolenic.

These two fatty acids are much needed by the human body. Soyabean oil is also very rich in Omega-3 fatty acids, which are associated with the reduction in the risk of heart diseases and the prevention of osteoporosis.

The best thing is that for all those who are very concerned with the cholesterol levels in cooking oil, soyabean oil does not contain any cholesterol. Rather, it contains phytosterols which lower the amount of LDL (low-density lipoprotein) or the “bad” cholesterol in the body.

As per the USDA Nutrient Database for Standard Reference, Food Composition and Nutritional Tables below is the nutritional chart containing the nutritional values per 100 g of soyabean oil, for better understanding:

Now, as we have got the nutritional value of soyabean oil covered, let us look into the three major health benefits of this wonder oil:

Even in the modern society where medical technologies and practices have reached peaks of advancement, cancer is one of the leading causes of death.

Soyabean components like isoflavones, lunasin and lectin are associated with potential cancer-preventive effects.

Due to this, many observational studies indicate that soy products may reduce the risk of breast cancer.

While, many observational studies conducted also reveal that the components present in Soybean act as a protective effect against prostate cancer in men.

Menopause is that period in a woman’s life when the period stops. Menopause brings unpleasant symptoms like hot flashes, mood swings, sweating and various other things because of a reduction in the estrogen levels in the body.

Research shows that Asian women are found to experience unpleasant menopausal symptoms much less than Western women. This is simply because of the involvement of a higher amount of soy products in their diet.

Elderly women who have hit menopause are at risk of developing osteoporosis.

Osteoporosis is a condition of the bones where the bone density reduces significantly. This in turn, increases the risk of fractures and injuries to the fragile bones of such women.

Soybean oil contains isoflavones which are beneficial for reducing the risk of osteoporosis in women.