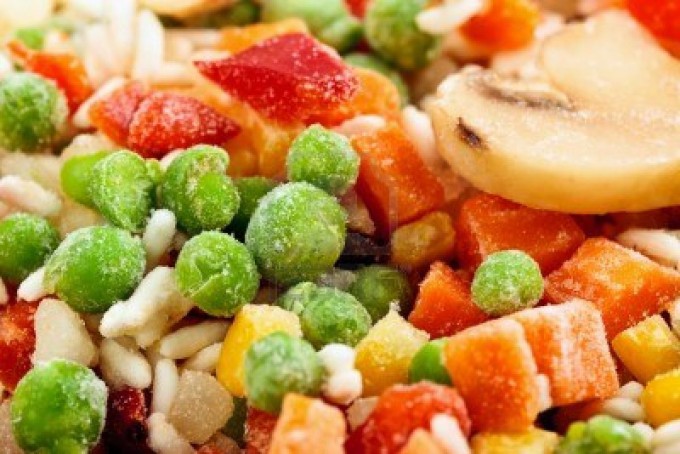 The demanding work-life culture of today has always been way too pushy on us.

After a long day at work, a little bit of convenience on the day-to-day activities is what most people search for.

In search for this convenience, most people end up buying a pack of frozen meal rather than cooking a hot and fresh meal.

Once in a while is okay, but when this becomes a daily habit, it can pose some serious threats to your overall health.

The ingredients that are used to process frozen meals are not the same as when you cook a fresh meal.

From hydrogenated palm oil that contains harmful trans-fat to added preservatives like starch and corn syrup, frozen foods are not something that you should go for in a supermarket.

Not just that, the sodium content is also higher in frozen foods.

Nowadays, these conditions have become very much prevalent at a young age and frozen foods are definitely the major culprits to blame.

Now, the reasons to avoid frozen foods are as follows:

In order to keep the frozen foods fresh, starch is used.

The starch also acts as an agent to add texture and taste to the food. Starch is basically a polymer of glucose and before digesting it, our body converts this glucose to sugar.

Even though a diet without any amount of glucose is not good, a diet which consists of an excess of it is also very harmful for the body.

The excess amount of sugar generated can accelerate the possibility of contracting diabetes.

The excess sugar also damages the tissues of the body. One should completely avoid being on frozen foods especially if diabetes runs in the family.

Frozen processed foods are also known to cause heart diseases.
They are rich in trans-fat, which causes the arteries to get clogged because of them and increases the risk of contracting heart diseases.

The bad cholesterol or Low Density Lipoprotein levels in the body are increased by trans-fat.

They also reduce the levels of the good cholesterol or High Density Lipoprotein in the body, which are responsible for eliminating the risk of heart diseases.

Salt is very widely used as a preservative and frozen foods contain more salt than the normally cooked foods.

There are numerous preservatives that frozen foods contain, which have different kinds of effects on your body.

Frozen foods contain a lot of extra sugar and salt and so much of excess consumption of these two elements lead to the blood pressure getting effected negatively.

This leads to hypertension and a feeling of being constantly stressed-out.

Many other studies conclude that the low consumption of salt leads to low blood pressure levels.

Frozen foods, especially frozen meat can cause pancreatic cancer.
Many studies have shown this. Also, a study determined that frozen sausages and hot dogs increase the risk of cancer by almost a staggering 65%.

The problem with the consumption of frozen foods is that there are so many additives that have been used from time to time to make the food last longer that, most of these additives have not been completely tested as being safe for human consumption.

This is the reason why most manufacturers do not even need permission to use them.

Monosodium Glutamate or MSG, is one such widely used additive which causes nausea, chest pain, fatigue, palpitations, headache, tingling in the limbs and giddiness.

There are also breathing difficulties associated with an over-consumption of this additive.

So, why go for these poisonous and mysterious frozen foods which might contain preservatives and additives that are extremely harmful for the human body?

Rather, the best thing is to make food from the scratch using healthy oils and ingredients that will keep you and your family healthy and safe from the numerous problems associated with the consumption of unhealthy foods.